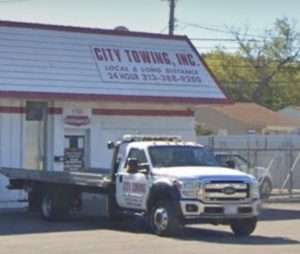 The vehicle, which was taken overnight, was parked in front of the business in an unsecured lot, without a license plate. It was listed for sale, and did not have any company markings on it.

Surveillance cameras did not capture usable footage of the theft due to it being parked in a poorly lit area.