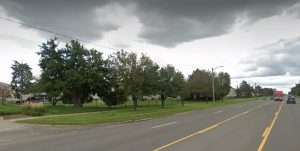 ALLEN PARK — A driver with a defective headlamp was arrested the night of March 13 for possession of crack cocaine and driving with a suspended license.

While patrolling Pelham Road near Allen Pointe Drive, a police officer initiated a traffic stop, which revealed that the driver had numerous arrest warrants.

The vehicle was also uninsured and had an improper license plate. During an inventory search prior to the car being impounded and towed, a box with a rock of crack cocaine was discovered.

After the man was taken into custody and booked, he complained of chest pain, and was subsequently transported to Beaumont Hospital, Dearborn.