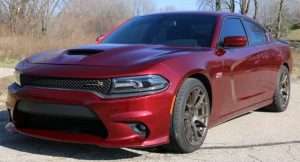 HEIGHTS — The back passenger side window of a burgundy 2017 Dodge Charger was reported smashed the morning of March 19 in what was likely a failed attempted to steal the car while it was parked overnight in a driveway in the 26800 block of Kingswood Drive.

The vehicle owner, a 36-year-old man, said he found the vehicle unlocked, and the glove box open. There were no suspects.