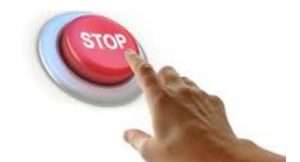 MELVINDALE — A postal worker sorting mail March 25 at the temporary distribution center at 18765 Seaway Drive said a fellow employee threatened her and physically prevented her from hitting a stop button on a conveyor belt by slapping her hand away.

She said the woman then threatened to “beat her ass and slap the sh– out of her out of her” before a co-worker intervened to physically separate them.

The woman said she reported the incident to her manager, and she wanted to file a police report to document her coworker’s actions.