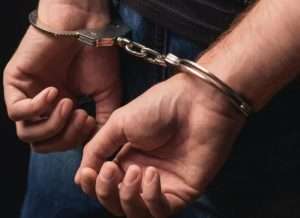 RIVERVIEW — A 55-year-old Riverview man who was driving halfway on the shoulder of the road at 11:28 p.m. March 21 was arrested for operating under the influence of alcohol, then was hospitalized two hours later when his blood-alcohol content was four times the 0.08 limit for legally drunk in Michigan.

The man, who was eastbound on Sibley Road near Young Patriots Park, was followed by a patrol officer, who saw him hit a curb and initiated a traffic stop.

The man’s eyes were glossy, and his speech was slow and deliberate. He was unsteady on his feet, and he failed numerous standard field sobriety tests.

A preliminary breath test was administered, and the man had a blood-alcohol content of 0.318.

His vehicle was impounded and towed, and he was cited for operating with a high blood-alcohol content.