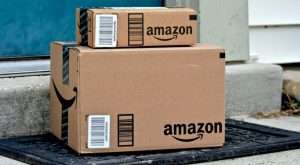 LINCOLN PARK — Three Amazon packages were stolen between noon March 18 and noon March 20 from the 800 block of Cleveland Avenue while the intended recipient was out-of-town.

She said none of her neighbors or relatives took in the packages for her while she was gone.

There were no surveillance cameras nearby, and no suspects.