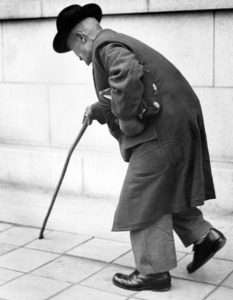 LINCOLN PARK — A resident in the 800 block of Emmons Boulevard called police the night of April 12 when a man with a cane, unknown to her, was knocking on her front door. She said he appeared confused, and suspected he might have dementia. The man, described as white and elderly, walked away in an unknown direction.