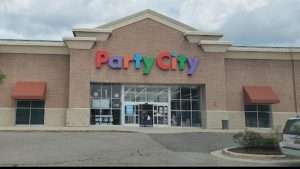 ALLEN PARK — Four women, one of them pregnant, stole more than $700 worth of baby shower party items the night of April 20 from Party City, 23195 Outer Drive.

The pregnant woman, who was wearing a fuzzy pink jacket, was about 25 years old, and was accompanied by two women in their teens to early 20s, and a pre-teen girl.

The pregnant woman filled a shopping cart with merchandise, while the two teens filled hand baskets, and the young girl followed behind, picking up whatever dropped, before the group left the store without rendering payment. The shoplifting was captured on surveillance camera footage.

The women fled in a 2019 black Dodge Journey registered to a Detroit owner, who did not match the description of any of the women in the vehicle.