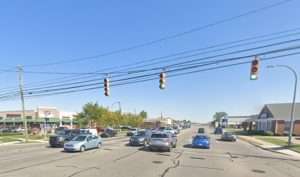 HEIGHTS — A glass bottle was thrown at a 30-year-old Dearborn man’s Mercedes Benz the afternoon of May 20, on Ford Road near Beech Daly, in an apparent road rage incident.

The victim said when he changed traffic lanes, the driver of a white 2021 Chevy Silverado became upset, started to follow him closely and yelled at him, before throwing the bottle at his vehicle. He provided police officers with the license plate number, and said the driver was a young woman in her thirties with multiple tattoos. The Mercedes did not sustain any damage.