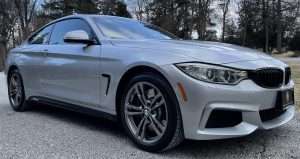 HEIGHTS — A high-speed police chase of a silver BMW was terminated about 2:30 a.m. May 29 on Pierson Street in the interest of public safety.

A partial license plate number, which appeared to be part of a vanity plate, was observed, but the closest match was for a Lexus and not a BMW, and the driver did not match the description of the vehicle owner.