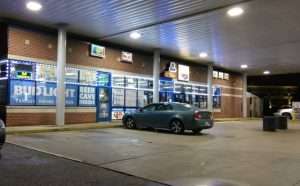 SOUTHGATE — A gas station customer who was denied use of the employee-only restroom at Sunoco, 18854 Northline Road, May 26, and who became upset and threatened to defecate on the store floor, tried to press assault charges when the owner’s son physically removed him from the store.

The store owner and his son showed police officers surveillance footage of them guiding the man out of the store when he attempted to drop trou and carry out his threat.

They said they advised the man to use the restroom at a nearby fast-food restaurant. The footage convinced the police officers that the assault charges were without merit.