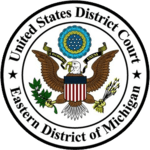 TAYLOR – A Taylor man was sentenced July 13 to 25 years in federal prison on charges of sexual exploitation of children and possession of child pornography.

During his plea hearing, Hartley admitted that in 2010 he pretended to be a teenage female on the Skype Internet messaging platform and tricked a male minor born in 1995 into providing sexually explicit images of himself to Hartley.

In all, Hartley victimized over 100 minors over the course of a decade until law enforcement executed a search warrant at his residence in December 2020. Agents identified 29 of those victims, 17 of those victims were minors under 12 years of age at the time Hartley exploited them. Hartley’s youngest victim was 8.

Hartley was found responsible for possessing 46,153 images of child pornography for the purposes of sentencing guidelines.

“This investigation and subsequent prosecution ended this offender’s decade-long sexual exploitation of children,” United States Attorney Dawn N. Ison said. “This significant sentence demonstrates that those who seek to harm our children through online exploitation will be held responsible. We will continue to work to make the Internet a safer place for our children.”

“In addition to possessing child pornography, Mr. Hartley actively created it for himself and others by exploiting vulnerable children around the world,” James A. Tarasca, Special Agent in Charge of the FBI’s Detroit Division, said after the sentencing. “The FBI considers the investigation and prosecution of predators like this defendant to be of the highest priority. Today’s sentence serves as a warning to others like him the FBI will aggressively pursue anyone who victimizes and exploits children.”

The case was investigated by the Southeast Michigan Trafficking and Exploitation Crimes Task Force of the FBI, and prosecuted by Assistant United States Attorney Christopher Rawsthorne.