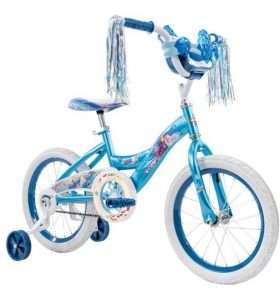 HEIGHTS — Two children’s bicycles – a light blue Elsa “Frozen” themed bicycle with training wheels, and a white-colored bicycle – were stolen the evening of July 15 from the 25500 block of McDonald Street.

A neighbor said the bicycles were stolen by two boys and a girl, who were between the ages of 6 and 9 years old, who pedaled off on the bicycles toward Thorne School. She said the children were black, and that the girl was wearing a pink dress with her hair in a bun.