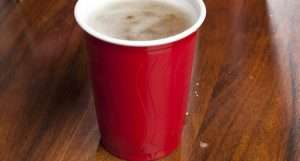 RIVERVIEW — A 29-year-old Brownstown Township man was arrested for operating under the influence of alcohol, driving on an expired license and for having open intoxicants in a vehicle about 2 a.m. July 17 on northbound Fort Street near Williamsburg Drive.

When a traffic stop was initiated for speeding, the driver smelled of intoxicants, his eyes were glossy and he had a disposable cup with suspected alcohol in the center console cupholder.

The man failed multiple standardized field sobriety tests. A preliminary breath test was administered, and the man had a blood-alcohol content of 0.152, nearly twice the 0.08 limit for legally drunk in Michigan.

He was taken into custody, and his vehicle was impounded and towed. A search warrant was obtained for a blood-draw at a local hospital, after which he was booked and held.