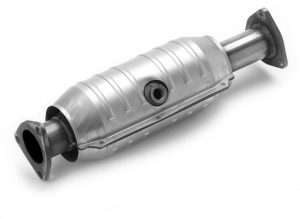 LINCOLN PARK — A catalytic converter was reported stolen Aug. 1 from a black 1999 Honda Element that was parked overnight in the 1400 block of London Avenue.

The victim, a 51-year-old man, said the theft occurred between 11 p.m. July 31 and 6 a.m. Aug.1, and said the catalytic converter had an estimated $500 replacement cost. He said his Ring doorbell cam was charging at the time, and therefore did not record any footage, and there were no neighboring surveillance cameras. He was given a police report number for his insurance company.