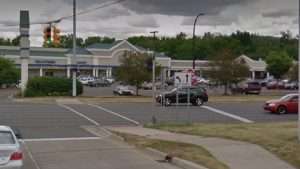 DEARBORN — A 23-year-old Woodhaven man who ran two red lights on Michigan Avenue at 2:22 a.m. Aug. 5 was charged with reckless driving and driving with a suspended driver’s license.

A police officer on patrol saw the man run red lights at Military and Nowlin streets while driving east on Michigan Avenue at a high rate of speed. A traffic stop was initiated, and the man admitted to running the red lights, and said he was in a hurry to get home.

The license plate on his vehicle was registered to another type of vehicle. The driver said he had just purchased the car he was driving, and was in the process of transferring the plate.

The man was cited, advised to contact 19th District Court and advised to have a licensed driver come and pick up the vehicle.