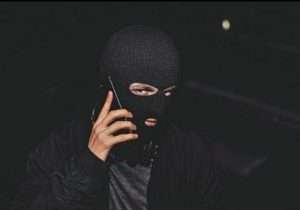 LINCOLN PARK — Two men wearing ski masks at 3:50 a.m. Aug. 16 in the 1600 block of Michigan Boulevard prompted a call to police dispatch when a worried resident saw the two men showing too much interest in a parked silver SUV, while their own unlicensed small black sedan was parked nearby in the middle of the street.

The suspects and the sedan were gone by the police officers arrived to investigate.