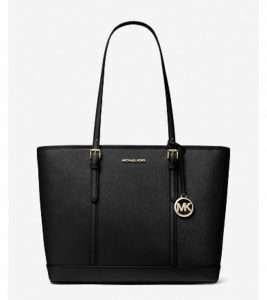 ALLEN PARK — A black Michael Kors purse was stolen Sept. 23 from an unlocked Lincoln MKZ in the parking lot of Starbucks, 23005 W. Outer Drive, when the driver went inside to pick up her order.

Stolen along with the designer purse were the victim’s wallet, headphones, credit cards and the vehicle key fob. The woman canceled her credit cards before the police officers arrived.

It was unknown at the time of the report if the store’s surveillance cameras captured footage of the theft.