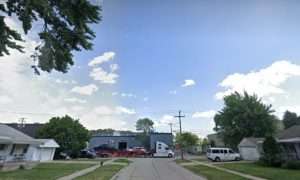 MELVINDALE — A suspiciously acting man fled on foot the afternoon of Oct. 9 after a resident in the 2300 block of Fisher Street saw him looking into the windows of a nearby vacant house.

The man pretended to be looking for his cousin, but he was talking rapidly and his thoughts were scattered, as can occur when someone is under the influence of drugs.

The resident then pretended to drive away from their house, but actually parked nearby and watched what the man did next. He did not disappoint, and they saw him looking into the windows of multiple houses on the street, including their own. When the man discovered that he was being watched, he panicked and fled the area.

Since the initial encounter, the resident has seen evidence that the man might have returned in an attempt to break in: A bucket was found under a window to act as a step stool, and a screen was damaged in a thwarted attempt to open a window.

The man, who walked with a limp, was described as white, with brown hair and a beard, and wearing a red hooded sweatshirt, blue jeans and white and red shoes.