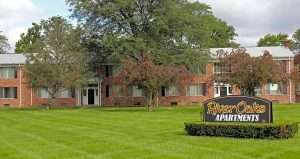 HEIGHTS — Two men dressed all in black shattered the front passenger window of a red 2016 Jeep Renegade at 3:49 a.m. Oct. 16 while it was parked in the River Oaks Apartment complex lot in the 6100 block of Evergreen Road.

A witness, who was awoken by loud banging, said he yelled out the window, causing two men to flee.

The victim, a 24-year-old woman, said she has no known enemies, and nothing appeared to have been taken from her vehicle. She estimated that it would cost $200 to replace the shattered window.