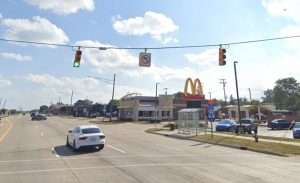 LINCOLN PARK — The driver of a subcompact sport utility vehicle said he was injured the night of Nov. 6 when the driver of a white Ford Fusion that was traveling in the lane to the left of him decided to make a right turn in front of him.

The victim said he struck the Ford Fusion in the rear right quarter panel, which caused his glasses to fly off his face and his left shoulder to hit the steering wheel. A witness confirmed his account.

First responders checked out the victim, who refused an ambulance ride to the hospital.

There was no description of the hit-and-run driver, whose license plate number was unknown, and there were no nearby surveillance cameras.