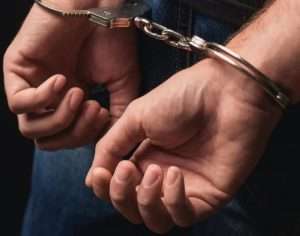 WYANDOTTE — A 21-year-old Ecorse man who became confrontational the morning of March 21 and refused to leave a business in the 2300 block of Biddle Avenue was charged with disorderly conduct and with resisting and obstructing police officers.

The man, who threatened the staff and displayed aggressive behavior, had his hands behind his back, and the police officers feared he might have a weapon in his waistband. He refused to show his hands, and he began to shout at the officers.

After he appeared to be reaching for a weapon inside his sweatshirt, his arm was grabbed, and, after a brief struggle, he was handcuffed.