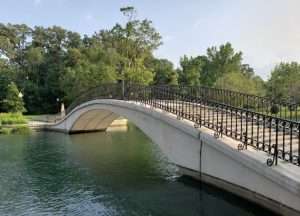 TRENTON — Reports of a driver who might be attempting to drive his vehicle into the river channel near Elizabeth Park the night of April 11 drew police officers to the scene, where they found an unoccupied black 2003 Ford Crown Victoria stuck in the mud west of the footbridge, on the south end of Riverside Drive.

After an initial search of the area, the driver returned to the scene, disoriented and not knowing where he was or how his vehicle became stuck in the mud near the bank.

The man was transported to Beaumont Hospital, Trenton, for evaluation, and the vehicle, which was not damaged, was towed from the muddy area. The police report noted the damage to the nearby grass.