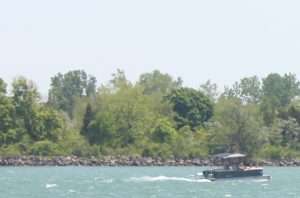 WYANDOTTE — A 39-year-old Wyandotte man is facing possible criminal charges after he jumped into the Detroit River shortly after midnight July 1, after trying to intentionally sink his boat and unnecessarily wasting rescue resources.

Witnesses reported seeing a man jump into the water from a boat in the river, and they lost sight of him and feared he drowned.

Police officers began searching the water for him, and the Border Patrol, Coast Guard and the Downriver Dive Team were called in to assist with the search.

The partially sunken boat was retrieved from the water, but the searchers were unable to locate the man after a three-hour search.

Police officers later determined that the man was intoxicated when he intentionally attempted to sink his boat, after which he jumped off it and swam to shore. About three hours after he jumped into the river, he showed up at his residence.

The Wayne County Marine Division will handle the remaining investigation, and will determine what possible charges he may face.