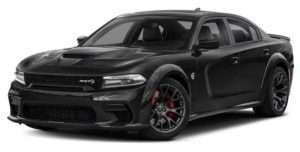 TRENTON — The rear passenger window of a black Dodge Charger Scat Pack was reported shattered at 3:49 a.m. Aug. 9 while it was parked at the Chrysler Trenton Engine Plant, 2300 Van Horn Road, in an unsuccessful attempt to steal it.

Security personnel said a white male, wearing  black shirt, was seen near the vehicle about 2 a.m., but they did not see him damage the vehicle.