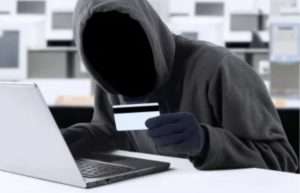 A Bank of America representative recommended she document both instances by filing a police report. She was also advised to monitor her personal financial accounts.