TAYLOR — The Taylor North Little League team made their way down Pardee Road Sept. 2 as fans lining the street cheered them on during a championship parade.

A 5-2 victory over Ohio in the finals Aug. 29 secured the first LLWS title for a team from Michigan since Hamtramck won in 1959.

To celebrate, a parade traveled down Goddard to Pardee, then southbound along Pardee to the Sheridan Center Open Air Pavilion in Heritage Park.

Two members from the Hamtramck Little League team also joined the parade and ceremony where they made a presentation to the Taylor North team.

During the ceremony, Mayor Rick Sollars spoke saying, “You know Detroit is known as Hockeytown. I think from this day forward Taylor will be known as Baseball City, USA. We’re super proud.”

Manager Rick Thorning was asked how his team was able to pull off the championship. He responded by saying, “These kids, they played great baseball and were very disciplined. These kids battled, stayed focus and they just had fun.”

Following a brief question-and-answer session, players signed autographs, and the celebration was capped off by a fireworks display at dusk. Music, refreshments and food along with inflatables and clowns also were part of the celebration.

Donations to help cover the expenses incurred by the team during its travel to Williamsport, Pa., and Whitestown, Ind., for LLWS and Great Lakes Regional play, respectively, were collected at designated locations within the Sheridan Center.

To get to the LLWS, Taylor North won the Great Lakes Region going undefeated against Wisconsin, Indiana, Illinois and Ohio. 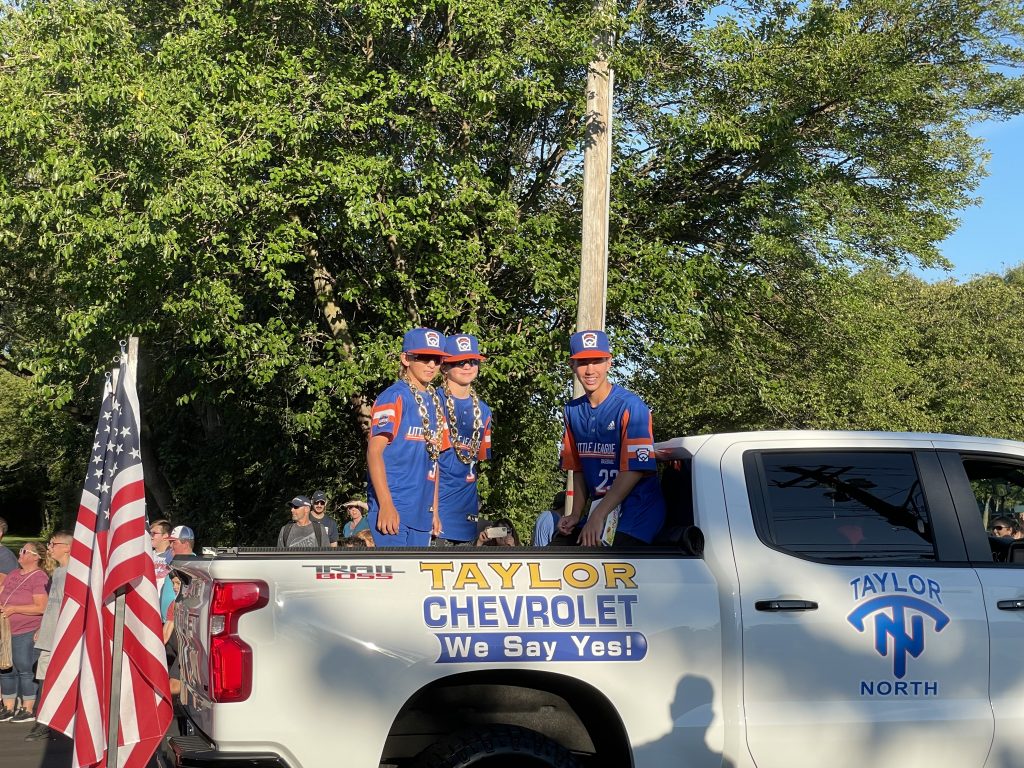